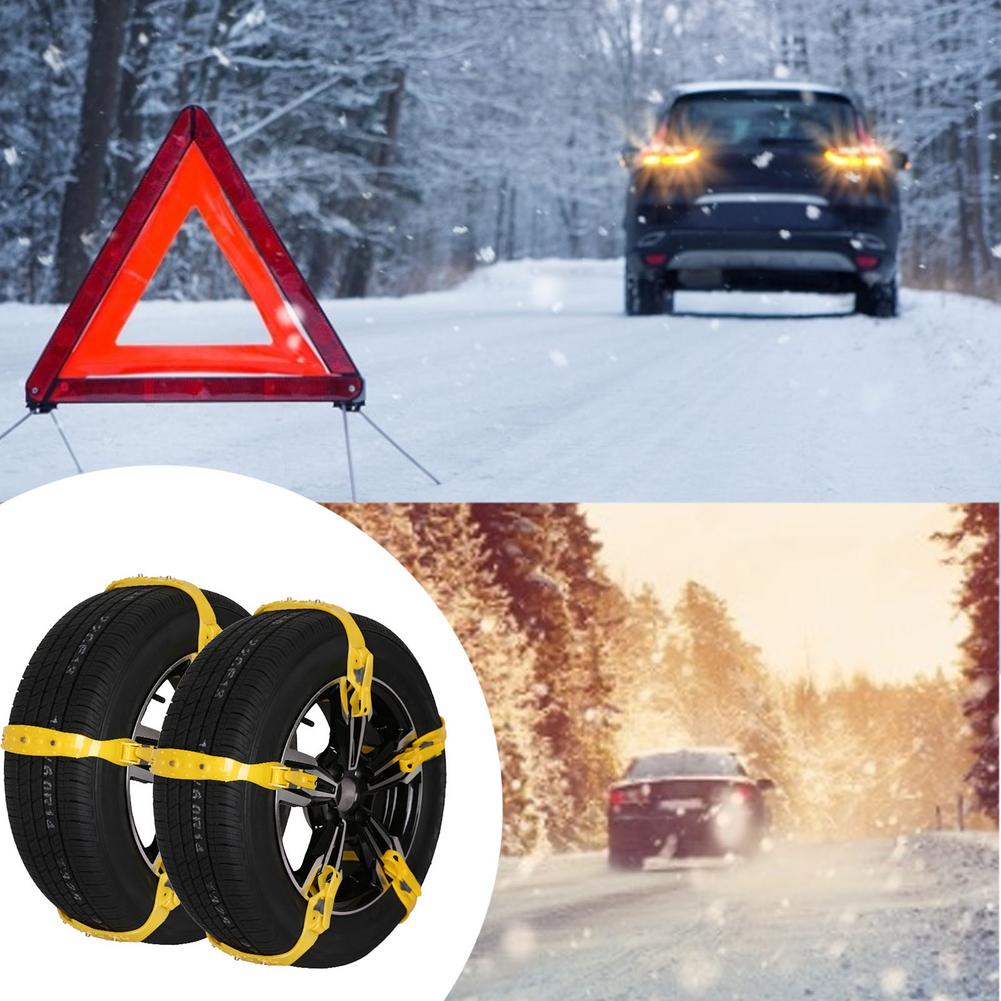 Snow chains are necessary in snowy days. Riders who go to the north in winter should prepare snow chains in advance. If there are no snow chains, they should buy them. How can we buy suitable anti-skid chains? Today i will give you a reference.

1. How many anti-skid chains do you want to buy?

How do you buy snow chains? How is it calculated? How many anti-skid chains do you need to buy?

2. Can iron anti-skid chains be reused?

In the past, there were many iron chains, but now there are few iron chains. Iron chains have the best anti-skid effect. Iron chains are relatively strong, should not be broken, have high wear resistance and high friction coefficient. Therefore, large vehicles like to use iron chains for anti-skid.

However, the iron chain has a weak point, that is, the ability to prevent sideslip is relatively poor. Because the iron chain itself has a high hardness, it is easy to hurt the tires and the ground when it rubs with them. In addition, the noise generated by the friction of the iron chain is relatively large and the vibration is strong. We will feel very uncomfortable driving on it. Therefore, iron chains are rarely used in small vehicles nowadays.

3. How about the low-cost plastic anti-skid chain?

Some riders see a lot of plastic anti-skid chains on the Internet. The price of this kind of anti-skid chain is relatively cheap, and they are attracted by its low price.

4. What kind of anti-skid chains are suitable for household cars?

What anti-skid chains do household cars use now? The rubber anti-skid chain is the most suitable for small household vehicles. The rubber material has good elasticity and good shock absorption effect. It is not afraid of qualitative change under low temperature conditions. It is relatively resistant to low temperature, has good friction, and the noise will not be as loud as the iron chain.

The tire is also made of rubber, which is equivalent to adding a tire indication layer to the tire. Similar to putting a rubber strip on the iron track of a tank, it will not cause damage to the road. It is also relatively light, and the texture is similar to that of the tire.

We should also choose a time to buy goods in winter. Because it is the peak season of sales demand, it must be more expensive. Therefore, we should buy goods in advance in winter and summer. If there is no demand in summer, the price will naturally be relatively low.

Snow chains are related to the skid resistance of tires and the safe driving of cars. You must be careful when purchasing snow chains!