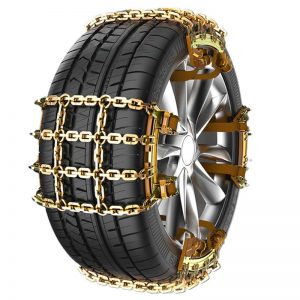 2. Is the rubber anti-skid chain good?

At present, there are no more than three kinds of anti-skid chains on the market, including iron chain, ox tendon chain and rubber chain. The iron chain is heavy and hurts the tire. The tendon and rubber are relatively light and do not hurt the tire. However, the tendon tends to harden at low temperatures. If the tension is slightly higher, it will break. The rubber material itself has the characteristics of high elasticity, wear resistance and cold resistance, so it makes up for the defects of low temperature easy fracture and poor tensile force of the beef tendon. In addition, some anti-skid chains are also equipped with nylon mesh, and the mesh body is used as the reinforcement with rubber impregnated nylon rope. The tensile and tear resistance programs are the best of the three.

3. Is the rubber anti-skid chain good?